KPA Automation softPLC is a programming environment for developing PLC for real-time operation systems such as Linux, Xenomai, INtime or Windows. Focused on IEC 61131-3, KPA Automation softPLC technology is designed for all automation solutions, from machinery, controllers and drives manufacturers, to system integrators and machine builders. This technology is based on straton® PLC core and fulfils the 4 key requirements we apply to our products: Small, Smart, Simple and Speedy.

KPA Automation softPLC is a flexible, cross-platform and hardware-independent solution that can be integrated either on small platforms or on industrial PC platforms with or without operating systems.

Integration with EtherCAT and Motion control

KPA Automation softPLC offers a program conversion option allowing an application to be translated into the chosen programming language in a few clicks.

KPA Automation softPLC has a collection of features for making step by step debugging and includes a wizard that builds a monitoring application for the project.

koenig-pa GmbH is a member of PLCopen – the leading association providing efficiency in industrial automation. PLCopen and its members concentrate on following standard technical specifications aimed to reduce costs in industrial engineering. 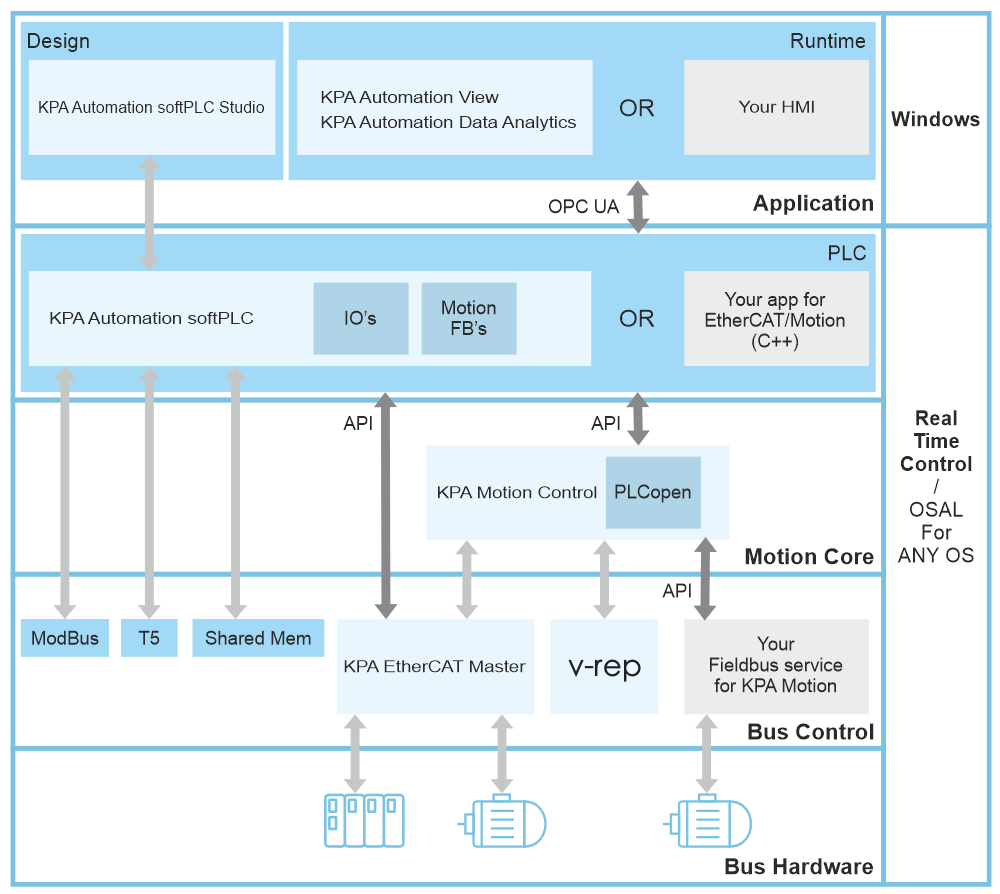