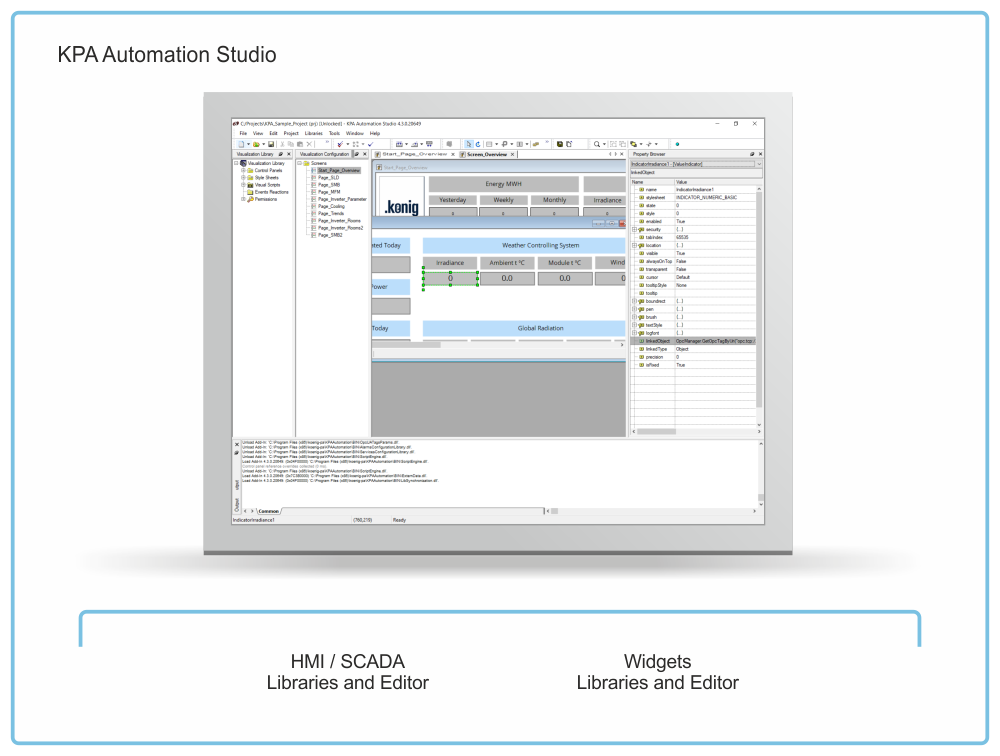 KPA Automation Studio offers a set of editors to design, code, deploy and troubleshoot an automation application. Using a dedicated editor, a software engineer creates a configuration – a model that describes relevant layer of an application, from electrical bus signals to user interface controls. All configurations are stored to the project database and are used by run-time components to evolve an industrial control application.

The following configurations are available for software engineers:

Highly-customizable and flexible solution for building Human Machine Interface. With unlimited data tags access and advanced scripting, this software solution is a powerful environment for designing and programming even the most sophisticated applications with any desired appearance, logic and connectivity.